Experiential marketing must make use of at least 3 senses. Why did a famous chef choose to ignore the most obvious one? Hint: It's all about connection! 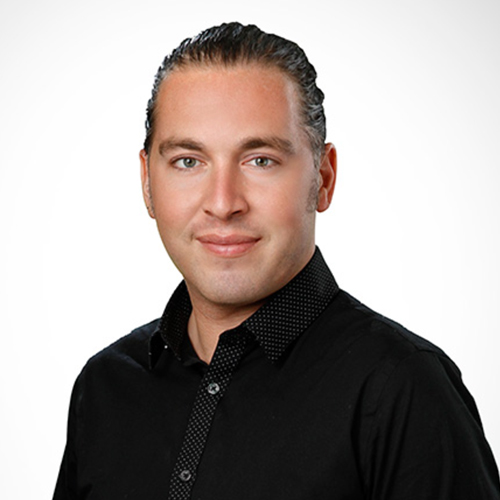 Experiential marketing aims to tap all senses, so it would certainly make “sense” that arguably the most famous chef in the world utilizes taste as a weapon. However, Gordon Ramsay isn’t only a chef. He’s a brand and a marketing genius (or at least the marketing team behind him is). He’s been linked to a few experiential marketing campaigns, but one of the latest featured on his show The F Word didn’t feature a hint of cooking or any of its tools. Instead, it just needed Ramsay himself and the element of surprise.

Dubbed the “living poster prank,” a supposed Gordon Ramsay digital poster was set up near The Grove in Los Angeles. Such tech posters are relatively common, particularly in Asia (though they’re a mainstay in the US now, too). What seemed to be an image of Gordon Ramsay on a screen “talked” to shoppers as they passed by, asking them who their favorite chef was—amongst other questions.

However, it was really Ramsay inside the poster box. “Who is the best chef in the world?” Ramsay would ask. One shopper said “Jamie Oliver” and another “Guy Fieri.” That’s when Ramsay would talk directly to the shoppers, pointing out something they were wearing and utilizing his famous quips and quick tongue. He’d then reveal himself as the real Ramsay, stepping out of the box.

Move Beyond the Box

Part of what made the ploy successful is, of course, the fact that Ramsay is a celebrity. Having any celebrity show up at an experiential marketing campaign is going to seriously up your odds of success. With Ramsay, he also stuck closely to one of the factors that made him famous; he was still talking about food, about chefs, and made use of the insults that helped skyrocket him to fame. It didn’t matter that the prank didn’t use taste or scent. It was a fantastic experience for the handful of people who interacted with him.

It also didn’t matter that those who actually engaged with him were few and far between. It’s unclear how long Ramsay was in the box, or how many people he interacted with. The real experience took place online and an television. It was shared on social media, views many times on YouTube, and people realized that it was just as likely that they would have stumbled into a conversation with Ramsay as their counterparts on television did.

Some experiential marketing campaigns are highly exclusive. In some cases, it might be a VIP event that only a few people are invited to. However, the nature of the event is very shareable. Ramsay does a fantastic job of interacting on social media. If you hashtag #thefword or #gordonramsay with a photo of your meal (the worse it is, the better), he’ll often reply with a snooty remark. This nearly demands a share and sometimes the posts go viral.

Ramsay’s hashtag game and live poster prank are two examples that prove you don’t need to stay “safe” and within pre-determined definitions of what makes sense for your brand or what you’re selling. A chef will likely look to samples, cooking demonstrations, and the like when thinking about experiential marketing. That in itself suggests that depending on a reputable experiential marketing third party is probably a good idea. Granted, not many chefs are as well-known as Ramsay. The live poster prank wouldn’t do nearly as well if it was a no-name chef in the box. On the other hand, it might—part of the surprise was simply that it was a real person and not some stiff, digital “commercial”.

They crave a relationship with other people. When that’s not possible, they like seeing it happen and imagining themselves in such a position. Humans are attracted to humor and the element of surprise. By actually going out into the community, this can happen. It also helps that Ramsay was quick to take selfies with the people he surprised. Selfies are shareable, and in the case of celebrities, they’re the new autograph.

Consider the live poster prank and how it could be modified for any product, industry or brand. It’s just a platform for bringing your location-specific message to the masses.